This term our theme will be ‘Travel through time’. We will be learning about the history and growth of Bradford during the Industrial Revolution into the city it has become today. We will understand how cloth was produced before the Industrial Revolution and the growth of the wool trade and its factories and mills. We will also learn about life in Victorian Bradford and about some of the historical buildings that can be found in Bradford today including the Wool Exchange, Bradford City Hall, Midland Hotel and St George’s Hall. We will learn about the dangerous conditions in mills and will understand what a typical working day would have been like.

After half term we will learn about the different types of transportation used at the time of the Industrial Revolution (canals, horse and cart, and steam trains) and their importance to the growth of industry. We will then compare Bradford in the past with Bradford today and will understand how transport and travel has changed. We will also learn about the changes in travel within our local area including the Wyke and Norwood Green railway station which closed in 1953 and the Spen Valley Green way.

Please click the link below to find out what we be learning during this half term.

The growth of Bradford

Old maps of Bradford in the past

View old photographs and film of Bradford in the past.

Photos of Bradford's times gone by

Electric Tram Rides from Forster Square, Bradford (1902) | BFI. Subscribe: http://bit.ly/subscribetotheBFI The BFI DVD 'Electric Edwardians: The Films of Mitchell and Kenyon' is available to buy at http://filmstore.bfi.org.uk/acatalog/info_107.html This film is part of the Mitchell and Kenyon collection - an amazing visual record of everyday life in Britain at the beginning of the twentieth century.

How To Spin Yarn On A Spinning Wheel

Steam trains were an important type of transport during the industrial revolution. Railways were used to transport goods from the factories and mills around the country and to docks so that they could be shipped around the world. The videos and links below will help you to learn more about steam trains.

The Spen Valley Greenway used to be an old railway line. Find out more here!
We used to have a railway line and train station in Wyke. Learn more about the Wyke and Norland Green station and look at old photograph of the station on the links below.

Footage of when Good old Steam locos even if they were LNER, LMS, GWR, SR or just british railways ran the country. Apart from Dr. Beeching and the new Modern Locomotives that took over in the 1960's. 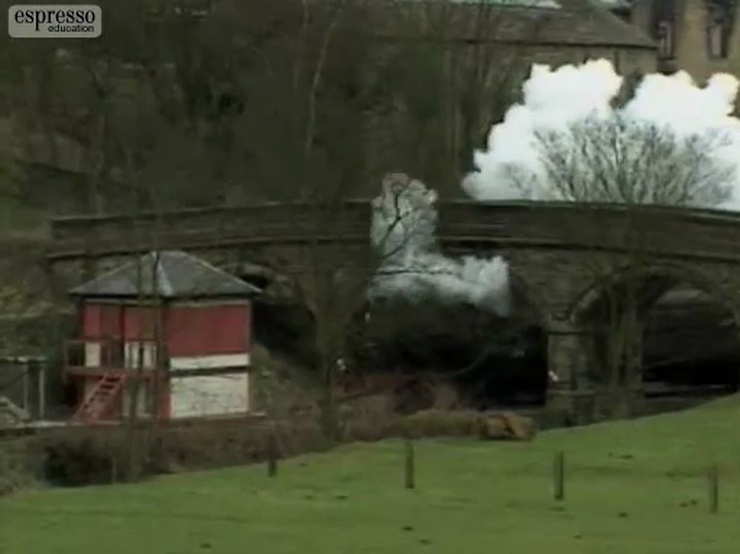 Watch this video about a Victorian railway station. 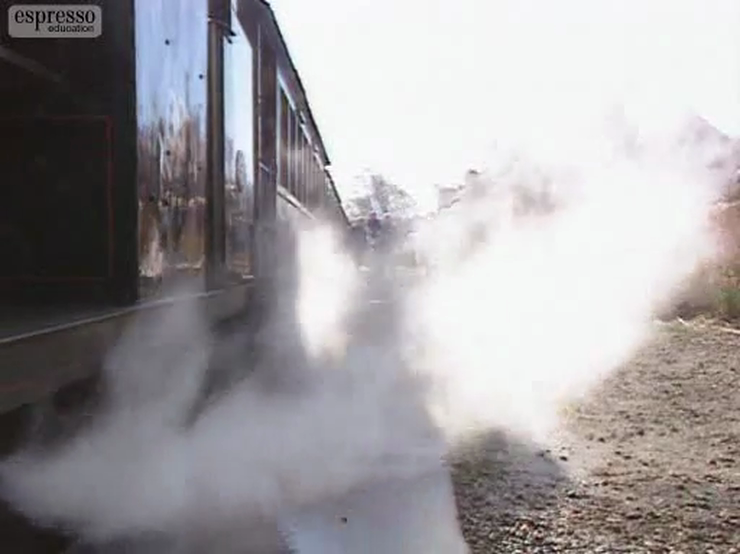 Watch this video about steam trains.

This video is being processed

This may take several minutes. Once the processing is complete, the video will be shown here.

This video is being processed

This may take several minutes. Once the processing is complete, the video will be shown here. 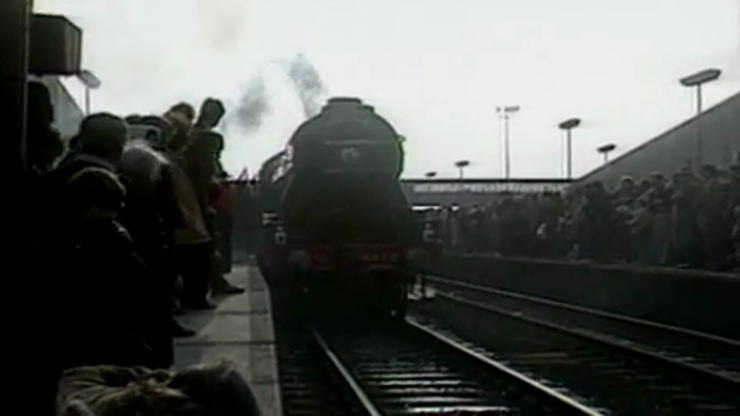 Watch this video to learn about The Flying Scotsman a famous steam train.

Barges were also an important type of transport during the industrial revolution. Factories and mills were often built next to canals so that goods could be transported easily. Barges carried the goods along canals to ports and docks. Canals joined cities and towns together. The Leeds and Liverpool canal still runs next to Bradford today. You can see the Leeds and Liverpool canal in places like Shipley and Saltaire. Bradford used to have its own canal running through the city but this is now closed. Look at the links and watch the videos to find out more.

In 1943 this film was commissioned by the Central Canal Committee to demonstrate the work of the inland waterways during World War II. In 1948 HMSO ordered that all copies be destroyed. One print survivedin the offices of the Manchester Ship Canal.